Lawyers respond to the greatest threat to life on earth

Time is short to slow accelerating climate impacts and avoid catastrophic, existential risks to life on earth. Government inaction and opposition from fossil fuel companies are key reasons why current climate policy is inadequate. Climate litigation, especially by private lawyers, is one of the few potentially game-changing strategies not yet fully utilized, even though legal action has been a core component of nearly every major social transformation.

Starting in 2015, a growing number of lawsuits have sought to force governments to do more to protect their citizens and the environment from climate harms, evaluate climate impacts before approving projects, and honor commitments they had made at the international level. Among the factors driving the increase in climate litigation is the realization that the damage from climate change is accelerating, with the frequency of extreme weather events having risen dramatically. The link between climate change and damage to communities can now be established with increasing confidence. As the “super hurricanes” of recent years have demonstrated, the cost of the harms resulting from climate change is exploding and will only increase even more dramatically over time.

EDLC works on climate cases in partnership with the Center for Climate Integrity (CCI), which was founded in 2017 by a team of lawyers and environmental advocates with decades of experience in complex private litigation and public interest litigation to facilitate and support meritorious climate cases against climate polluters and governments, both in the U.S. and internationally. CCI provides a range of scientific, legal and other resources to support the efforts of people around the world who are using litigation to fight climate change.

The role of deforestation in climate change

Deforestation is the second leading cause of global warming and produces about one-quarter of global greenhouse gas emissions. Deforestation in tropical rainforests adds more carbon dioxide to the atmosphere than all the cars and trucks on the world’s roads combined. In Brazil, deforestation and forest degradation together are the main source of national greenhouse gas emissions. Reductions in the rate of deforestation have multiple benefits—avoiding a huge source of carbon emissions and reducing the environmental and social problems associated with deforestation. Globally, around 350 million people reside close to or within forests and rely on forests for their food and livelihood. Almost 60 million people, especially those living in indigenous communities, are entirely dependent on forests. The livelihoods of 1.6 billion people depend on forests. Forests are home to 80% of the world’s terrestrial biodiversity, and combating deforestation has been identified as one of the most promising and cost-effective ways to lower emissions. 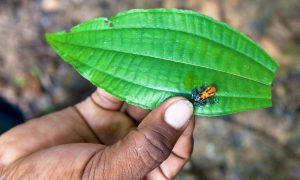 Lawsuit to force Brazil to meet its commitments to fight deforestation

The Brazilian government has made several legally binding commitments to address the existential threat posed by climate change. In 2009, the Brazilian National Congress passed a climate law that committed to reducing projected 2020 emissions by more than one-third. In 2016, Brazil signed and ratified the Paris Agreement, and the following year the National Congress approved a Presidential Decree adopting the agreement’s goal of keeping global temperature rise this century well below 2º C in relation to pre-industrial levels. Under the Paris Agreement, Brazil has committed to emission reductions of 37% by 2025, and 43% by 2030, as compared to 2005 levels.

Because deforestation is the country’s single most important source of emissions, Brazil’s climate change commitments are heavily policy-based in the forestry sector. Among other things, Brazil’s climate change legislation mandates that the annual rate of deforestation in the Amazon region be under 4,000 square kilometers in 2020. But rising deforestation rates in recent years mean that Brazil is nowhere near being on track to meet its legal requirements. Between August 2018 and July 2019, nearly 10,000 square kilometers of Amazonian rainforest was deforested—an increase of 29.5% over the same period the year prior. In August-September 2019 alone, nearly 5,000 additional square kilometers of forests were cut. Making matters worse, the Bolsonaro administration has implemented measures that will decrease the likelihood of Brazil achieving compliance with its legally binding commitments to reduce deforestation in the Amazon region.

With support from EDLC, the Brazilian NGO Instituto de Estudos Amazonicos is filing suit against the Brazilian government to seek court enforcement of Brazil’s climate commitments. In addition to claims based on the legal duties described above, the suit includes claims under the Brazilian Constitution, which guarantees the right to a healthy environment and imposes on the government the duty to defend and preserve the environment for present and future generations. The Brazilian Supreme Court has already decided that the right to a healthy environment is a fundamental right, and the Superior Court of Justice has issued several rulings based on its understanding that climate change must be taken into account in government decision-making. 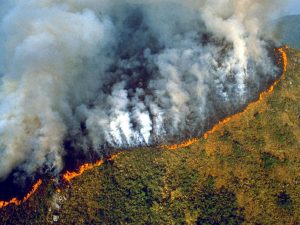 All Cases in South America

Pascua Lama mine in Chile: upcoming ruling may confirm closure

For many years, Chilean communities have complained to authorities that Barrick Gold´s Pascua Lama mine, located high in the Andes on the border with Argentina, was causing irreparable harm to the environment. In 2016, a $16 million fine was imposed by the Chilean environment authority (SMA), but the amount was based on an incomplete assessment of the harm.

A further complaint filed by affected communities led to SMA deciding that the harm was so severe as to require permanent closure of the mine. The decision, which is still subject to revision or confirmation by both the Chilean environmental court and the Chilean Supreme Court, sets a very important legal precedent in Chile, and sends a clear message to polluters there and elsewhere that they risk a complete shutdown of their operations and loss of their investment, and not simply a fine.